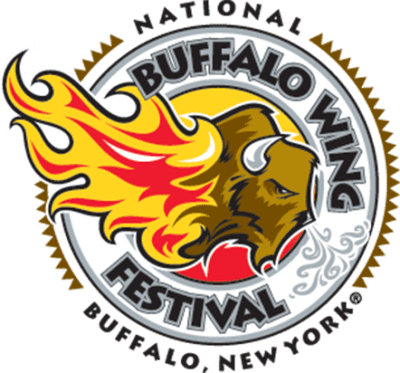 Great news, world! Truly great news. The Buffalo Buffet Bowl returns to Major League Eating's annual slate of sanctioned eating championships. As is tradition, and a tradition we love and respect, this year's contest takes place on the Saturday evening during The National Buffalo Chicken Wing Festival—the world’s greatest celebration of the Buffalo wing and the Buffalo wing-centered lifestyle. This year’s Wingfest returns to Highmark Stadium—the home of the NFL’s Buffalo Bills. We would not be anywhere else.

The Buffalo Buffet Bowl highlights Buffalonian Cuisine in all its glory. In years past, the event has seen the world's greatest eaters tackle an array of Buffalo Cuisine favorites, such as chicken strips, beef on weck and Buffalo-style pizza. Smart tongue-owners all agree that Buffaloanian cuisine is among the finest in the world. At last year’s event, Gideon Oji ate five pounds of assorted jewels of local food in just four minutes and 41 seconds to take the gold.

The 2022 Buffalo Buffet Bowl is soon upon us. Labor Day weekend in the 716. The National Buffalo Chicken Wing Festival. It is an annual tradition like no other. Major League Eaters from near and far are warmly invited to sign up for this experience of a lifetime. At the table or in the crowd—don't you ever miss it!

This contest will take place at 6pm on Saturday September 3rd, 2022, at Highmark Stadium—home of the NFL’s Buffalo Bills. The stadium is located at 1 Bills Drive, Orchard Park, NY, just north on Abbott, across from Hammer’s Lot.