Major League Eating is saddened to announce that Juliet Lee, a long-time member of Major League Eating and the number-17-ranked eater in the world, has passed away. MLE, along with all of its members, expresses deep condolences to Juliet’s family.

Juliet was respected as a fearsome competitor. She began eating competitively in 2006, and was one of the first females to compete in the Nathan’s Famous Fourth of July International Hot Dog-Eating Contest, where she routinely placed among top finishers.

A former chemistry professor at Nanjing University in China, Juliet moved to the United States in the early 1990s. She lived in Germantown, Maryland, where she owned several hair salons. Juliet was mother to two highly accomplished daughters, Lily and Leah, and was enormously proud of them. In addition to her focus on family, Juliet attended college classes, studied modern dance and ballet, and also regularly swam and practiced yoga.

“Juliet was a beloved member of the competitive eating community, and an enormously positive force in our lives,” said George Shea of MLE. “It is no coincidence that she was known as ‘The Lovely Juliet Lee’ because she was gracious, elegant and caring. We will miss her deeply.”

In lieu of flowers, the family asks that donations be made to The Hunger Project, https://www.thp.org: Through women-centered strategies in Africa, Asia, and Latin America, the Hunger Project uses a three-pronged approach: mobilizing at the grassroots level in villages to build self-reliance, empowering women as key change agents, and forging effective partnerships with local government. The final goal is to teach families to build better futures for their children. 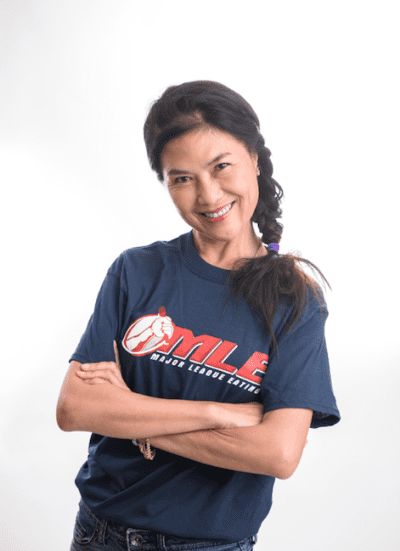